My Goodreads Giveaway is over!

The giveaway ran for one month and ended November 6, about two and half weeks ago. While it’s still a little soon after the event to judge the results, I’d have to call it a success.

The purpose of the promotion is, of course, to get my book noticed. The enemy of the Independent author, according to Mark Coker, is not piracy (or, I would add, profitability) but obscurity. I could write like Jonathan Franzen and still die in obscurity if no one knows my work.

Here are the results:

The total cost for the promotion was about $300, including $100 for the books and $200 for postage.
Overall I’m pleased with the results. Here are my takeaways: 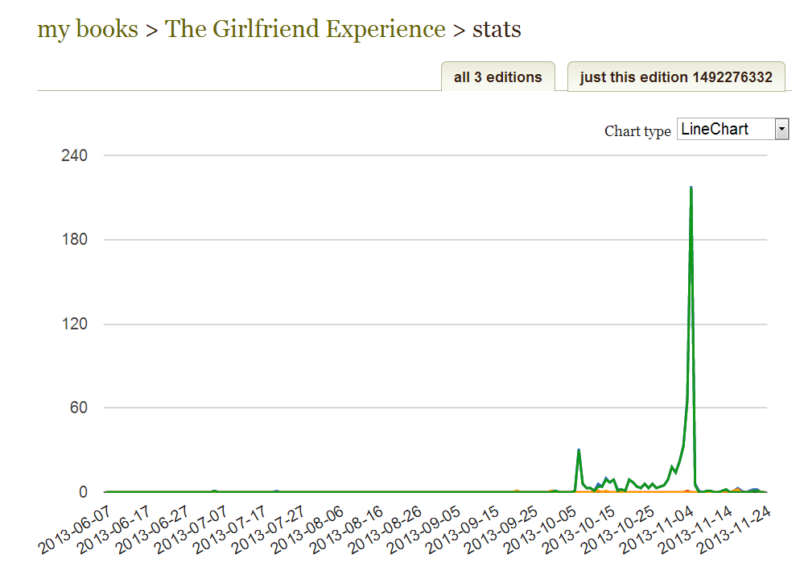 As I said in a previous post, the Goodreads Giveaway has been a goal of mine since I first published the eBook nearly a year ago. It feels great to have passed that milestone and to hear what my readers think of the book.