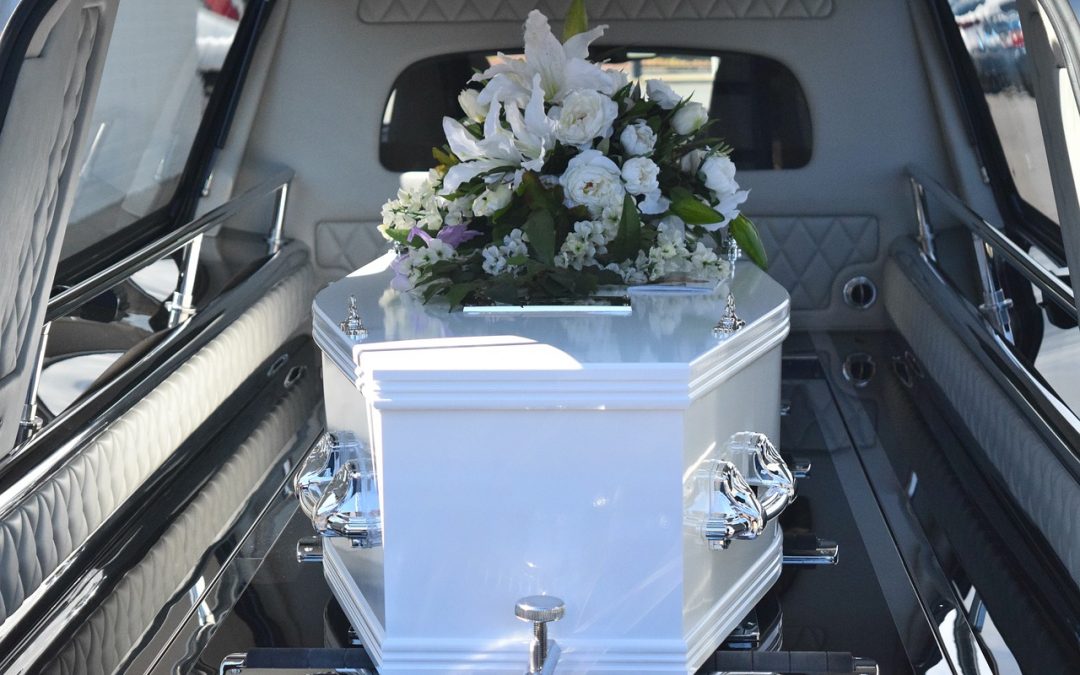 The brochure is printed in glossy ink on heavy paper, professionally designed to showcase the product in its most favorable light—designed to sell. It lies on an ornate occasional table, the salesman just having removed it from a padded three-ring binder filled with many brochures, cut-sheets for a dozen product lines.

Husband Brandon, dressed in his navy blazer (not his tweed sports jacket) and tan slacks (not his jeans) sits in a plush chair next to wife Keira, dressed in a dress (not her pants suit), the two of them hunched over the brochure.

“You have many options,” says the salesman, dressed in a suit, black, a white tulip in his lapel. He clicks open the binder, removing another brochure, laying it alongside the first brochure for easy comparison.

“There are no prices listed here,” Brandon says. Keira turns her head fast enough to force puffs of air from her nostrils.

“That’s the first thing you ask about? Price?”

Brandon stays hunched, moving very slowly to remove his glasses, pressing a finger to the bridge of his nose, rubbing hard.

“I have a price list in the binder,” the salesman says as Brandon rubs away. “We find that many of our clients prefer to make their choices first and then discuss price. We have a range of financing options.”

“Financing,” Brandon whispers, his finger sliding from the bridge of his nose to the dark, almost purple circle under his right eye. Keira turns to the salesman and puffs again. She points to the brochure.

“Tell me about this one,” she says.

“It’s a very popular model—classic styling, as you can see. The trim in the brochure is standard.” He unbinds another thick, glossy sheet. “It’s available in these colors.”

“Honey, I really need for you to make this decision,” Brandon says to Keira. He asks the salesman, “I assume all the colors cost the same?”

Keira turns and puffs. “Again with the price.”

“There is a small extra charge for Ingot Silver,” the salesman says.

“Very good.” The salesman has an iPad. He taps in a model number and a color choice. He flips through the binder for another brochure.

“Before we go on, can you please tell me the price?” Brandon says, shifting slightly in his chair, widening the space between him and Keira. Keira sighs. The salesman wordlessly proffers his iPad.

“Not that much? Seriously?” Brandon says, loudly at first, then not as loud. “Look at it, Keira. We haven’t spent that much on anything since we remodeled the kitchen.”

Keira’s eyes water. The salesman picks up the box of tissues on the table, offering it to Keira. She pulls a tissue and dabs her nose. “You really are an insensitive bastard,” she says.

That’s not fair, Brandon thinks, but does not say it.

“Perhaps you’d like some time alone,” the salesman says.

“No,” Brandon says. “Stay where you are.” He picks up the brochures and hands them to the salesman. “Show me your economy models.”

Keira blows her nose noisily. The salesman flips to the back of the binder. “Here are our most cost-effective options.”

Brandon points. “This one. Is it available in silver?”

The salesman taps his iPad. He puts another binder on the table. “Shall we discuss floral arrangements?”

“No,” Brandon says, his voice drained of all emotion. “No flowers, no reception, no service. Just the casket and the plot.”

Keira’s mouth goes square, emitting no sound; her eyes go wide, then shut, tears flowing freely. She pulls four more tissues from the box. “Don’t you feel anything?” She dabs, she honks. “Are you just trying to hurt me?”

“Why are you being so hateful?” Keira says between sobs.

Brandon sits again. He puts a hand on Keira’s knee. “Honey, I loved her as much as you did. But she’s gone and we’re still here.”

“You never loved Mumsy like I did, and I know you resented having her in the house, but I didn’t know that you hated her.”

“Oh, Keira, please,” Brandon says, taking his hand from Keira’s knee, removing his glasses and rubbing his eyes. “I didn’t hate her. But you have to admit: she was arrogant, she was demanding, and she gave nothing back. I know she meant a lot to you, and that you’re upset, but let’s face facts—she’s just a cat.”

This story first appeared in The Esthetic Apostle, June 2018